Project Description: This REU project aims to develop a team of robotic systems that can accomplish complex team missions even in the face of uncertain and dynamic environments. Applications that motivate this project include, but not limited to, emergency response, future manufacturing systems, and service robots.

In this REU project, we will touch topics not only on hardware/software development but also on theoretical/algorithm design, such as communication-aware coordinated motion planning, task planning through formal methods, a counterexample-guided synthesis which combines logic inference with optimization.

Finding: Modern robotics is an expanding field that has become increasingly popular in a lot of areas, including industry, medicine, and agriculture. There is now an increased interest in coordinating larger groups of robots to parallelize common problems and accomplish more complex tasks. The challenge lies in bridging the gap between individual dynamics and their collective behaviors. In this project, we aim to develop a provably correct framework for designing coordination commands for individual agents such that a global goal can be achieved.

The main task of this REU project is to implement an algorithm that deploys a large group of agents into the desired configuration in a decentralized manner. We model the robots’ configuration as a probability density function (pdf) and compute the velocity field for the agents based on the difference of the current pdf and desired pdf for which the final convergence can be formally proved.

Kernel density estimation is used to estimate the current pdf of the agents. We further parallelize the computation in a way that each agent computes its own local estimation of the current pdf based on its neighbors. This makes it practical when robots have limited sensing, communication and computation capabilities. In order to test this, we simulated Turtlebots using 2D and 3D simulation software to have them converge to distributions and shapes like circles, squares, and triangles. Also, we find that a small number of real Turtlebots are able to converge to a desired distribution.

These results demonstrate that using density feedback control with local estimation to compute velocities can be efficient, accurate, and decentralizable, traits that make it suitable to be introduced into industry. 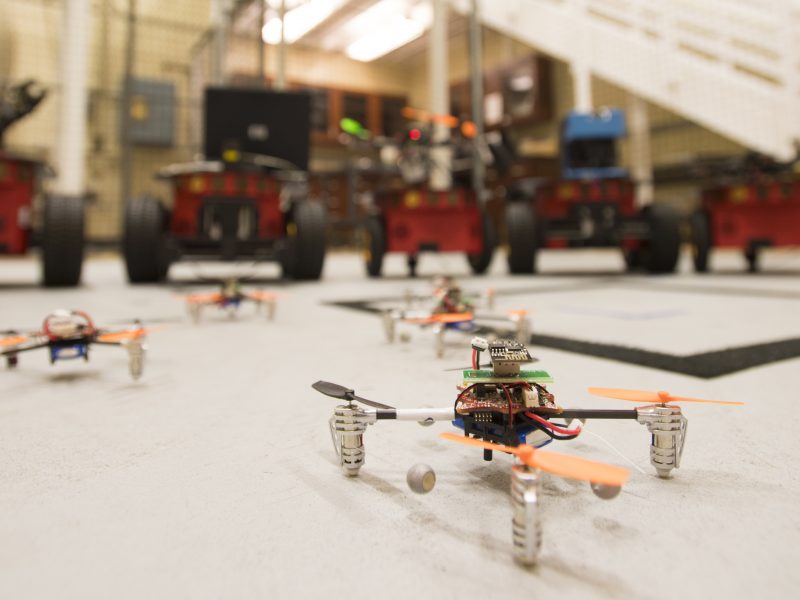 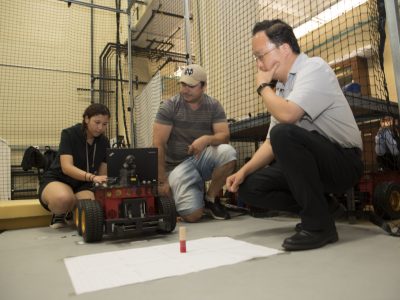 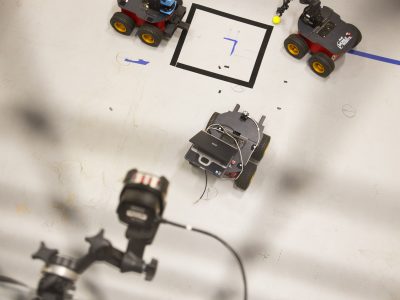