Project Description: As the frequency of distributed microwave circuits corresponds to their physical geometry, there is a need for reconfigurable radios and antennas that operate over a wide range of the electromagnetic spectrum. Currently, advanced RF ICs enable extremely wideband operation, but lack corresponding antennas and other distributed structures. One way to achieve reconfigurability in such distributed structures is with spatial patterning of phase change materials such as vanadium dioxide, or VO2— when cold, it is an insulator; when heated, it is a conductor. However, a disadvantage of the material is that the conductivity of VO2is 105 S/m, two orders of magnitude less than that of most metals, 107 S/m, meaning that VO2 alone dissipates much more energy than metal. The goal of this project is reconfigurable distributed circuits using pixelized metal inclusions on a VO2 layer with a control mechanism of either spatial UV switching or localized thermal switching.

In preliminary measurements, pure VO2 CPW transmission lines with metallic launches resulted in extremely lossy lines. In a study of loss and isolation, a coplanar waveguide including unit cells of aluminum and VO2 was varied in VO2 thickness, unit-cell gap, CPW cross-section (trace width), and unit-cell size. In the transmission line simulations, aluminum launches were included around the unit-cells, and loss and isolation per unit-cell were extracted. Three different simulators were compared (ADS Momentum, ADS TLIN, and Ansys HFSS) in an attempt to show agreement across software and gain confidence in the model and measured values. Simulation results from parametric sweeps showed ADS Momentum (MoM) and ADS TLIN (Circuit) in close agreement, while HFSS predicts similar trends across frequency but with a higher loss. The approach is promising as results show a sufficiently low loss for a distributed circuit of length λ, but it requires care in balancing loss and isolation. High-quality VO2 films at greater thicknesses are necessary, and unit-cell gaps should be small (≤200nm). Loss can be further reduced by trading off programmable resolution by using larger unit-cells. The next steps of this project involve fabricating the lines and comparing real measurements to simulations. 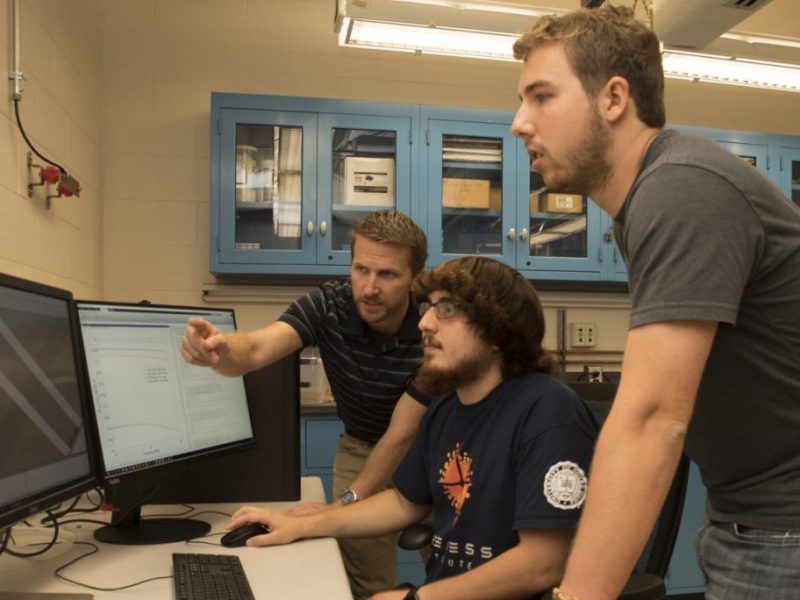