Project Description: RadioHound, an ongoing project at NDWI, is the development of low-cost, portable spectrum measurement sensors capable of tuning over a wide range of frequencies commonly used by everything from cellular phones to wireless local area networks, to radios and televisions. One goal is to distribute these sensors over a wide geographical area and thereby crowd-source the real-time measurements to create a “heat-map” of spectrum usage over the area and across frequency. Such a map would be used, for example, to determine where spectrum congestion is dense.

We are in the fourth year of this project.

Finding: Spectrum sensing is the process of periodically monitoring a specific frequency band, aiming to identify the presence or absence of primary users. The RadioHound spectrum sensor is able to tune into a wide range of frequencies that are used by radios, WiFi, television, and cellular devices. For the sensors to output information pertaining to network activity, wireless network packets must be decoded.

Our team has created a MATLAB code that will interpret WiFi network packets, decode them, and provide the output in a PCAP file. The issue with our written code is that it cannot run natively on the RadioHound device because of its dependence on Matlab. 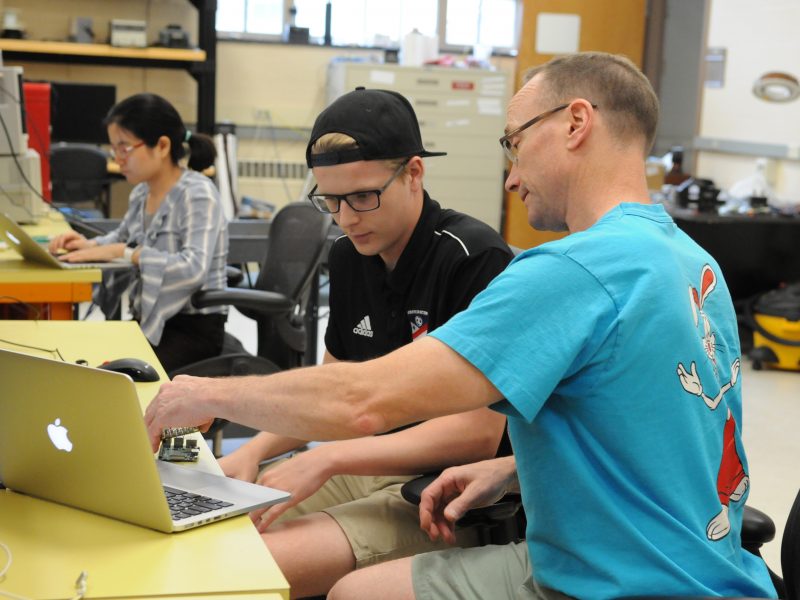