Project Description: Reconfigurable antennas and distributed circuits have become extremely relevant for today’s extremely wideband spectrum operations. Military applications require spectrum sensing from HF to 100’s of GHz, and commercial industry is interested in leveraging software-defined radios covering the “DC” to 6 GHz band. In either case, recent advances in transistors can provide low-pass frequency response covering DC to 100’s of GHz. However, at some point these electronics must interface with antennas whose dimensions are fundamentally tied to the frequency of operation, they are band-pass structures. For this reason, single antennas cannot provide wideband frequency coverage to match that of the electronics.

We have recently demonstrated 1D programmable transmission lines based upon metallic inclusions in a vanadium dioxide (VO2) film with low on-state loss and high off-state isolation. Such a material enables programmable antennas that are capable of matching the bandwidth of the electronics and can, therefore, offer revolutionary solutions to wireless sensing and communications. This project will extend the 1D proof-of-concept to a 2D programmable material for the purpose of antenna applications.

Another method to achieve reconfigurability in such distributed structures is with spatial patterning of phase change materials such as vanadium dioxide(VO2). These materials exhibit spatially dependent conductivity between that of an insulator and a metal depending on the local temperature of the medium. By incorporating a micro-heater-array below a film of VO2 conductive circuits can be “drawn” or programmed. However, the conductivity of VO2 in its metallic state is 105 S/m (107 S/m for metals). By incorporating metallic inclusions into the VO2 film, the loss can be reduced to acceptable levels.

In addition to being thermally activated, VO2 can be field activated–that is, by placing an electric field across the material which is beyond some critical switching field, the VO2 can be induced into its metallic state. While the critical field is fixed for the material, the corresponding critical voltage depends upon electrode geometry. In this work, we propose to engineer metallic inclusions with varying radii of curvature and gaps in order to make a settable critical voltage. In such a way a single analog voltage varied from, e.g., 0V to 10V could be used to program the length of an antenna depending on which band radio must operate. We refer to this as a software-defined antenna.

We examined the electric field between two conducting spheres as a way to set the switch point. Theoretical analysis and ANSYS HFSS full-wave electromagnetic simulations were used to quantify the field between the combination of electrode designs. Generally, the peak electric field is inversely proportional to the radius of curvature and gap size. Based upon these results, we designed a programmable antenna with intermittent electrodes of progressively higher critical voltages. In such a way, a low control voltage results in a short antenna (high frequency) and as the control voltage is increased it switches the next (longer) electrode into its metallic state thereby increasing the length of the antenna. We compare the performance of this programmable antenna to a conventional fixed antenna. Gain and input match are shown to be tunable over a wide operating frequency range while the fixed antenna has a single operating band. Future work will aim to develop a prototype based upon this preliminary design. 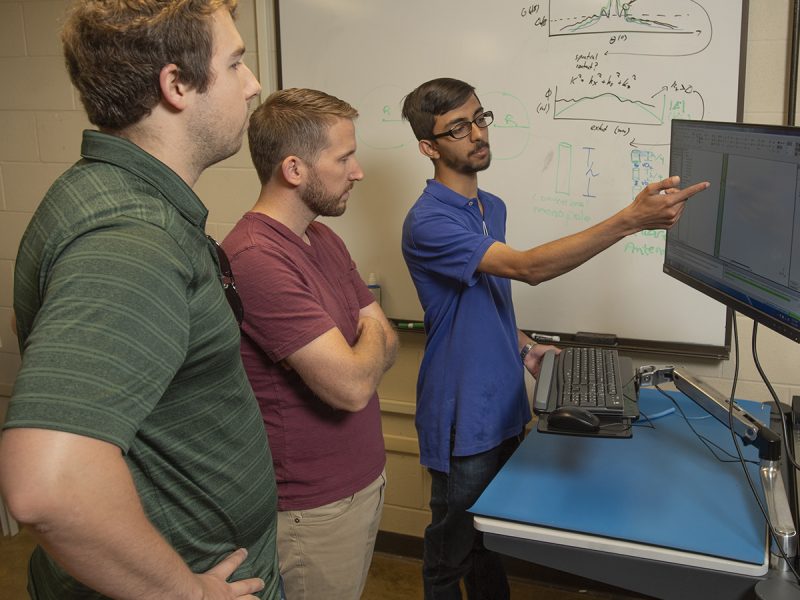 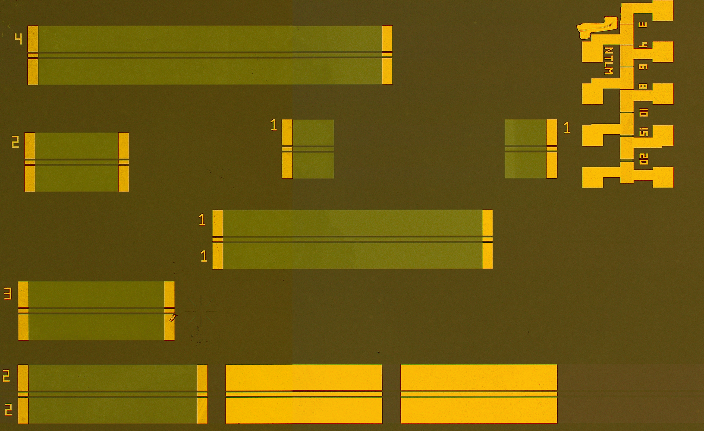