Fifth-generation cellular network technology (5G) is already here, at least in part. All four major U.S. carriers have rolled out some form of early 5G in the constant race to satisfy public demand for more and better. Consumers want longer battery life, more robust networks and lower costs for devices and services. They want quicker and more stable access to augmented reality, gaming, and real-time control. In short, they want the next generation of technology before the current one is even mature, which is when commercial devices are typically developed and marketed.

The push for more and better prompted researchers like Bertrand Hochwald, the Freimann Professor of Electrical Engineering and Co-Director of the Wireless Institute (WI) at the University of Notre Dame, and his team to explore the next frontier in wireless communications, specifically millimeter-wave frequencies and gigabit-per-second speeds.

Hochwald and his team are collaborating with researchers from AT&T on a 6G project that’s focused on extremely high frequencies. “The project, titled ‘Ultra-low-cost, low-power millimeter-wave transceivers,’” said Hochwald, “is exploring nontraditional, nonlinear radio architectures in order to create electronics and circuits that can be very low-power and low-cost while not compromising data rates or performance.”

According to Hochwald, the high frequencies of millimeter waves can be both a blessing and a curse. There is an abundance of bandwidth available to support high data rates. However, the technology that operates in these bands is costly and consumes large amounts of power. Additionally, millimeter-wave frequencies have trouble penetrating walls and doors and propagating over long distances. For example, handsets that run these frequencies have a very limited range.

The project tests theoretical and practical concepts as team members work to build a new functioning communication system. Rather than employing a small number of very highly capable power-hungry circuits, the team is using a large number of simple low-power circuits to achieve their goals. “A key factor in the project,” said Hochwald, “is to exploit nonlinear circuits that have been traditionally avoided in communications systems.”

Recently, real-world measurements using specially designed prototypes in a WI testbed demonstrated the feasibility of this novel project, obtaining very high data rates at very low power. The Notre Dame Millimeter-Wave Lab is also being used by the team to assess whether the new transceivers can be competitive with other state-of-the-art transceiver circuits in key performance indicators such as throughput, power, and out-of-band emissions. 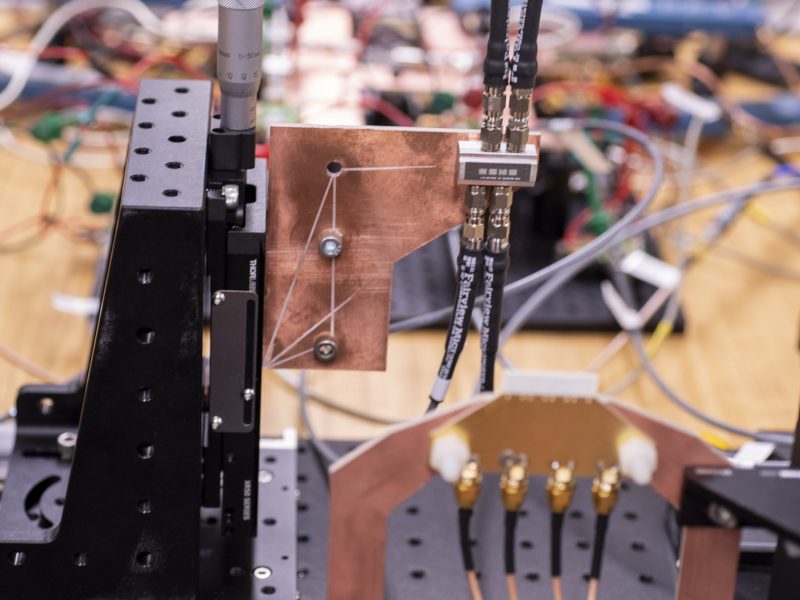 Portable wireless devices, especially smartphones, provide connectivity by integrating processing power, touch screens, cameras, and motion sensors with multiple radios, many of which can run simultaneously. The human body in close proximity to these devices absorbs some of the electromagnetic radiation. Each device is required to comply with the Federal Communications Commission’s limits on the ‘specific absorption rate’ (SAR), measured in Watts/kg, of radiation that is considered safe for the body. Many portable wireless devices sold today already operate near the accepted human SAR limit. With ongoing improvements in the batteries, size, features, and processing power of phones, there is a need to be creative in how the phone’s technology can still work within the SAR radiation limits.

Performance problems with cell phones are often caused by the uplink, or how much information a portable wireless device can transmit to the base station. The device being held either in hand or next to the head means that the transmission of the uplink information to the base station can run into SAR limits. There is a need to manage the tension between improving uplink performance, power, and limiting SAR. This project examines how multiple transmitters on a portable wireless device can be modeled, analyzed, and used while subject to a SAR constraint. The research looks at how to model the constraint, and how to realize the reliability and high data-rate advantages of multiple antennas subject to the constraint.

The portable devices being generally small, the transmitters are physically close to one another and coupled electromagnetically. Hence, the research requires a blended effort in three distinct areas: (i) electromagnetics and near-field exposure modeling with multiple transmitters, (ii) wireless communication system far-field information-theoretic performance evaluation with a near-field SAR constraint, (iii) the design of SAR codes for optimum performance.

To measure whether the electromagnetic radiation is within the limits, the SAR Measurement Device Lab uses a half-head mannequin with an operational dissected cell phone attached to its ear. The half-head was specially made to mimic the flesh and fluids of a real human being and has sensors inside to measure the electromagnetic radiation that the phone projects into the half-head.

Besides the half-head, a second testing method involves a full-head mannequin in Wireless Institute’s Anechoic Chamber Lab. Here the external signals are sealed out and the internal reflections of electromagnetic waves are absorbed completely. This chamber is used to test the long-range performance of the newly constructed, multi-transmitter phones.

Of particular interest, are next-generation devices that plan to use millimeter-wave signals above 30 GHz, where exposure to electromagnetic radiation is not well modeled or understood.

The ‘Improved Phone Design for SAR constraints’ project started in June 2014 and is sponsored by an NSF award of over one million dollars. This is a Wireless Institute multi-PI project and is being worked by Notre Dame’s Bertrand Hochwald (Lead PI) and Patrick Fay, Purdue University’s David Love, and University of Illinois’ Jianming Jin. 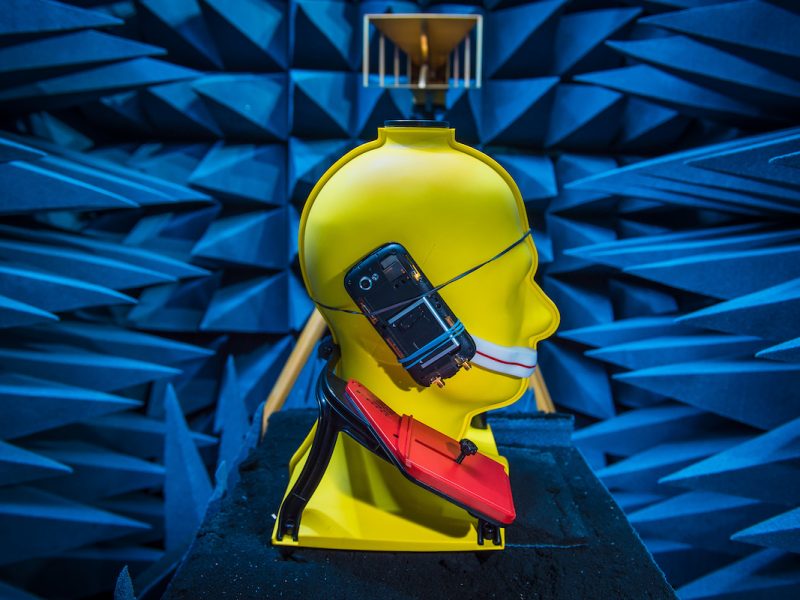 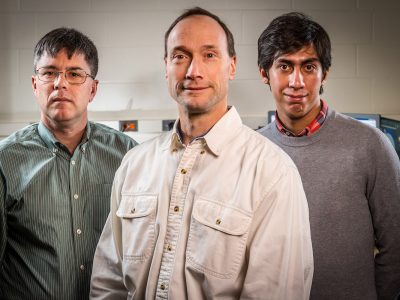 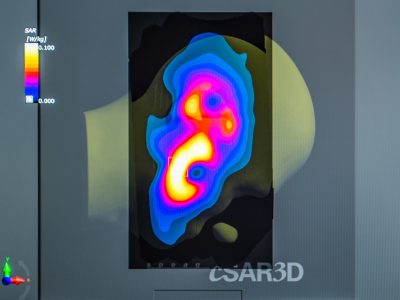 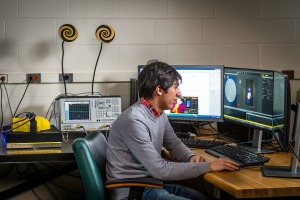 The Navy and Marine Corp require a workforce with Electronic Warfare (EW) knowledge and experience, which is not broadly taught in academia, nor is it sufficiently addressed in industry. This project includes an academically rigorous electrical engineering (EE) Communications course that includes EW to be developed in cooperation with Naval Surface Warfare Center (NSWC) Crane, whereby EW becomes an integral part of the entire curriculum. The student is offered a more rigorous and realistic understanding of the challenges of communications, and from the Office of Naval Research (ONR) perspective the next generation of STEM workforce will be trained to understand and deal with the complexities of communications in a congested and contested environment.

Further, with only 40% of intended STEM majors in the United States completing their degrees currently, there is a shortfall of over one million college graduates relative to anticipated workforce needs. Students who do not complete their intended STEM major attribute their departure to various factors including a “cold” classroom and academic climate, difficulty with conceptual understanding, lack of self-efficacy, and a lack of interest in the material. This project addresses the contributing factors for this low completion rate with a redesigned course that combines well-established scenario-based learning methods with targeted self and peer assessment through alternative analysis.

In this project, the Co-PIs have developed a pilot for a joint classroom/laboratory curriculum in which lecture is based on realistic scenarios and laboratory exercises are based on implementation and self and peer assessment through alternative analysis. The approach involves modifying Notre Dame’s current fourth-year undergraduate wireless communications course. The course will present EW/interference as a means of revealing and exploiting weaknesses in wireless communications waveforms.

The Redesigned Course is based on the following methodologies deemed to be effective for the Scenario-Based Learning Methods:

In addition to the rigorous theoretical foundation, laboratory exercises based on a multi-element phased array driven by USRP software defined radios (SDR) will provide hands-on experience to apply the theory and build confidence in the practical application of the material. The curriculum and laboratory setup will be available and packaged for easy and low-cost deployment.

The Scenario-Based Learning Methods project will start in 2017 and is sponsored by the Office of Naval Research (ONR) via Naval Surface Warfare Center (NSWC) Crane. The University of Notre Dame has requested over half a million dollars over three years to develop curriculum and laboratory modules, pilot the course, coordinate with Crane on deployment and other aspects. 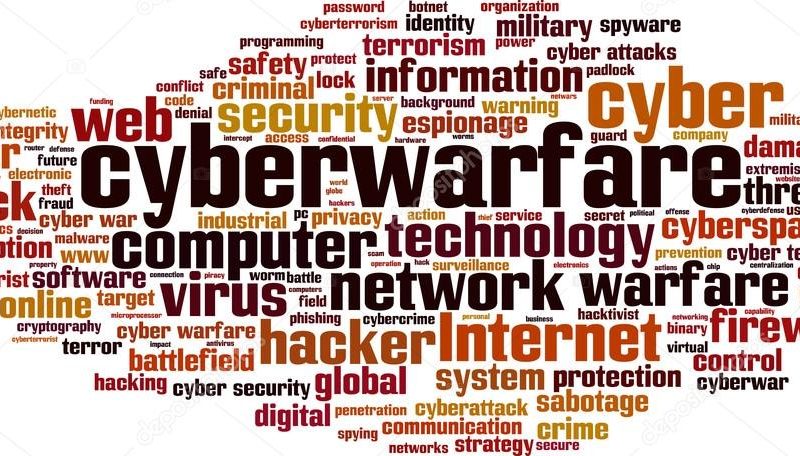 The heart of the RadioHound System is a low-cost, pervasive, persistent spectrum sensor that leverages low-cost SDRs suitable for deployment in mobile environments. RadioHound maps the entire spectrum from 25 MHz to 6 GHz, and will have the capability to support mmWave bands. RadioHound enables spectrum mapping in real time, providing a reliable indicator of spectrum utilization. It’s beacon capabilities provide a mechanism for measuring radio signal propagation between devices. Because of its portability and low cost, widespread deployment can give a good understanding of device-to-device and device-to-infrastructure connectivity, especially in crowded or dense environments.

The widespread deployment of RadioHound enables understanding of Wireless network architectures in new frequency bands, spectrum sharing possibilities and algorithm testing, and spectral efficiency and utilization measurements across large geographic areas. The overall cost of the RadioHound Node and the low-cost SDR (a commercial DVB-T receiver), but without the three antennas for the sub-GHz range or the mmWave front-end MMIC, is around $70. The eventual target is a sensor costing less than $10.

The RadioHound System comprises three components: the RadioHound Sensor (Hardware), the RadioHound Cloud and the RadioHound App (Software). The hardware sensor includes a tri-band RF front end (including a tunable wideband receiver, tunable narrow-band beacon transmitters, and transverses for specialized frequency bands) and three antennas for the different bands: 25-100 MHz, 0.1-0.4 GHz, and 0.4-6 GHz respectively. The external operating environment of RadioHound requires a host to communicate with and allow data collection, management, and transmission to the RadioHound Cloud. The host provides geo-location capability, storage, and transmission to the central database, and can have different form factors, with the Raspberry Pi being the simplest and most nomadic. The RadioHound sensor derives its power from the host. The power consumption in the current Phase 1 (proof of concept) is 3W, with an envisioned target of 0.5W in future phases.

The RadioHound Cloud involves the scalable partitioning of functions into the following separate server instances: data warehouse for storage and retrieval of records, check in server for authorization of nodes and allows for future provisions for security. The RadioHound app provides two functions: send commands to the RadioHound sensors and enhanced visualization of the data stored in the Cloud through a GUI web app. The system software also includes a master controller that sends jobs to nodes and a state machine for data flow control amongst other functions.

The RadioHound project was started in July 2015 and is sponsored by InterDigital and Nokia (previously Alcatel Lucent) via the BWAC I/UCRC, an NSF program. Currently, the funding is committed through Phase 3 towards the proof of concept. The future phases will focus on reducing the cost and power needs of the sensors, developing a cost-scalable Millimeter Wave MMIC, and the evolution of the software.

RadioHound is a Wireless Institute multi-PI project, with the hardware components developed by Jonathan Chisum and Bertrand Hochwald (Lead PI), and the software components by J. Nicholas Laneman and Aaron Striegel. 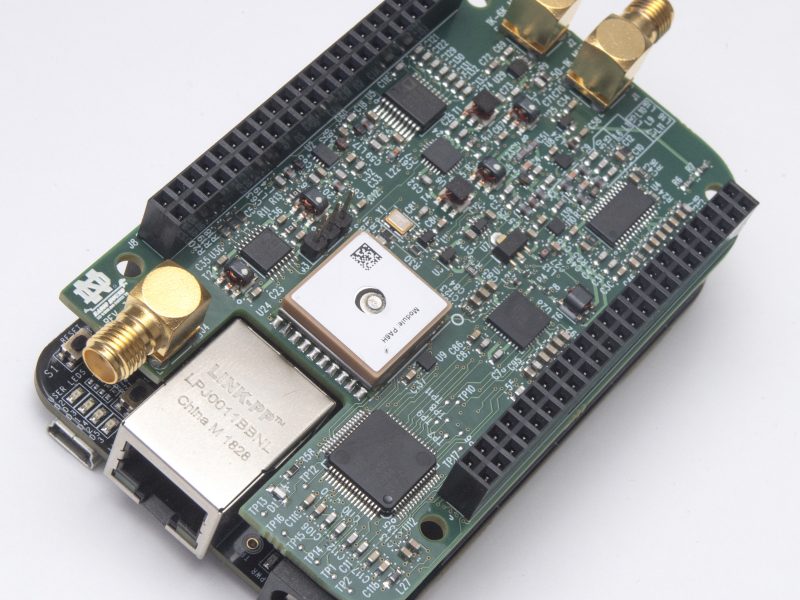 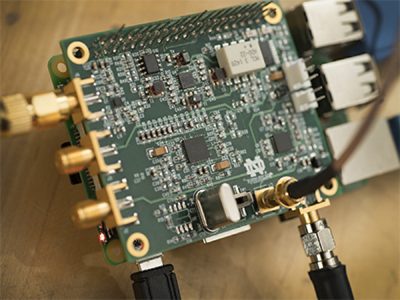 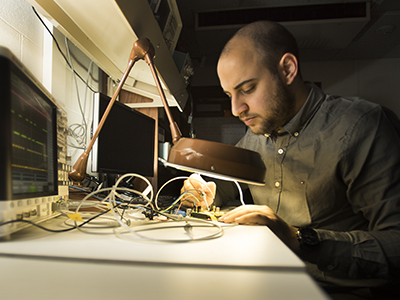 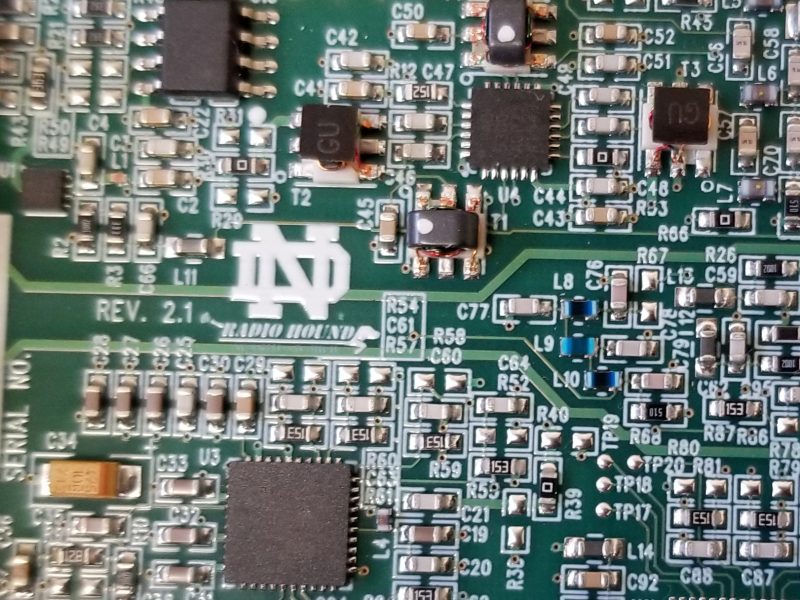